We invite you to the International Travel & Tourism Fair in Warsaw ❗❗❗ 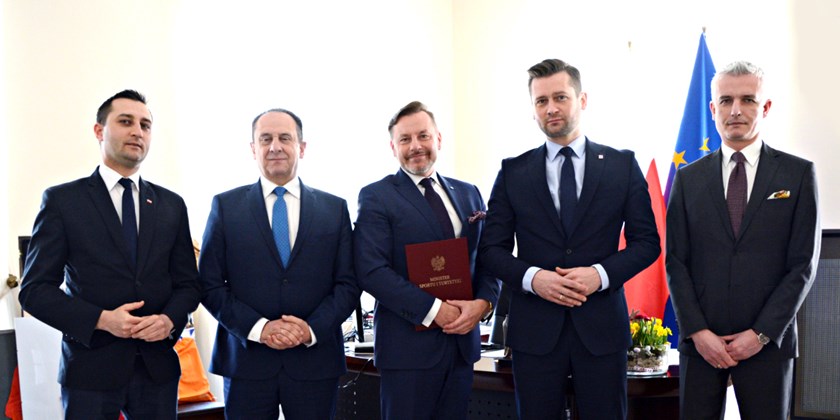 The Polish Tourism Organization council voted unanimously in favor of his candidacy. The current president of the Polish Tourist Organization received the official nomination from the minister of sport and tourism, Kamil Bortniczuk, on Wednesday, April 13.

Rafał Szmytke (in the photo in the middle) was already the president of the Polish Tourism Organization from 2008 to 2016. He worked in the organization itself in the years 2001–2016.

He is a graduate of the Academy of Physical Education in Warsaw and the Faculty of Law and Administration at the University of Warsaw. He also holds the title of Master of Business Administration - Rotterdam School of Management.

He was the manager of hotel projects in Polski Holding Nieruchomości, chaired the supervisory boards of the Polish Tourism Development Agency and the Tourist Education Center, and also acted as the Plenipotentiary of the Minister of the Treasury at the Institute of Tourism.

He gained managerial experience in positions at the Office of Physical Culture and Tourism, the Ministry of Health, and as a researcher at the University of Physical Education in Warsaw. Recently, he was a vice-rector at the Vistula Central School of Tourism and Hotel Management in Warsaw.

“He devoted himself to tourism not only professionally but also socially. He co-organized, among others The Polish "Palmiry" Rally, and chaired the Sports Center for Survival and Exploration. He has also published numerous publications in the field of qualified and adventure tourism "- which we read on the POT website about the new president.

He is also a sports instructor in athletics, swimming, judo, survival, shooting, and self-defense. He has a yacht sailor license, a paragliding pilot license, and a 2nd-degree CMAS, PADI diver.

Honorary patronage of the Marshal of the Mazowieckie Voivodeship